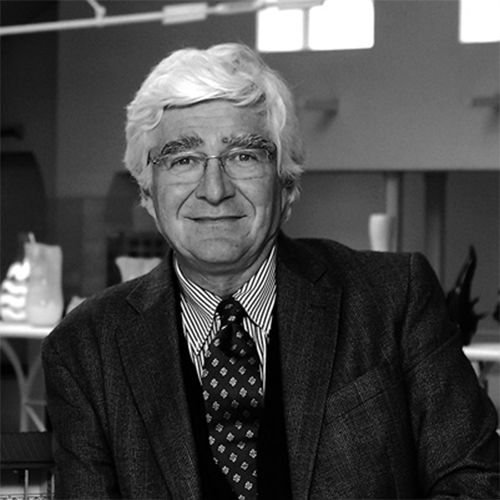 Luca Scacchetti was born in Milan in 1952. In 1975 he gained his architectural degree from the Milan Polytechnic with a project on low cost housing. Since the same year he has taught in the Department of Architectural Composition of the Milan Polytechnic. Between 1975 and 1980 he wrote various essays and articles on the methodology of design, the transformation of architectural language in Milan during the years between the two world wars (Casabella 451/452 1979, “Urbanistica Fascista”, collection of Urban History, Franco Angeli, Milan, 1980), and on the characteristics of rural and mountain architecture in Lombardy. In 1981 he introduced the anthology “Scritti di Architettura” by Enzo Bonfanti, published by CLUP, Milan. Since 1987 he has taught Architectural Design in the Department of Architecture at the European Institute of Design in Milan. In 1990 he became director of the department. Since 1994 he teachs Architectural Elements and Composition at the Brera Academy of Fine Arts in Milan. Since 2002 he teachs Design at the Milan Polytechnic. On behalf of the European Institute of Design he has organised four annual cycles of conferences entitled “Italian Architects” (1991, 1992, 1993 and 1994). Lives and works in Milan.