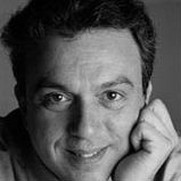 Marco Piva is a graduate of the Polytechnic of Milan. Since 1976 he has been working in Italy and abroad on architectural, interior and industrial design projects, earning commendations and awards at the Milan Triennale, at the Design Center of Colonia, and the Interior Award of Kortrijk. In 1986 he was elected to the presidential board of ADI (Association for Industrial Design). Since 1999 he has co-ordinated masters studies at the Polytechnic of Milan, in the Design Polytechnic School (Scuola Politecnica di Design). In 2002 he becomes the president of “Contract Design – International design Award” . The Marco Piva Studio works in the fields of architecture, design and interior design.