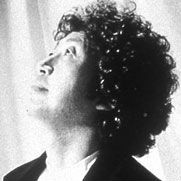 Shiro Kuramata (1934-1991) The concept that all the arts are part of a single continuum is essential to understanding Japanese culture. For Shiro Kuramata, Japan’s leading twentieth-century designer of furniture and interiors, it was crucial. Born in Tokyo between the wars, the son of an administrator who became vice-director of a scientific institute, Kuramata came of age during World War II and the American Occupation of Japan. In 1953 he graduated from Tokyo polytechnic high school, where he studied woodcraft, and went to work for a furniture company. Soon afterwards he enrolled in a Tokyo institute that taught Western concepts of interior design. Included in the curriculum was the study of furniture such as chairsironically with teachers who still maintained traditional Japanese homes where they sat on the floor on tatami mats. In 1957 Kuramata was hired by the small department store San-Ai as a designer of showcases as well as floor and window displays. Then, after a brief stint as a freelance designer for the retail giant Matsuy he opened his own office in Tokyo in 1965. On the leading edge of design in Japan since the mid-1960s, he became internationally known in the 1980s; his furniture and interiors have been enormously influential both in his native country and abroad.